Lefkadi is a beautiful coastal resort located in Central Euboea (Evia), in the heart of the Gulf of Euboea. The hotel is just 50m from the sea, (2) km from the town of Vasiliko (seat of the former Community of Lilandion), the center of the fertile Lelantine Plain. In antiquity, Lefkadi was a harbor of Chalkis and Eretria and became an object of dispute between these two towns; eventually, it was annexed by Chalkis.

Lying at a distance of 8 km from Chalkis and 12 km from Eretria, this small harbor is a quiet beach with fine sand and shallow waters stretching along 2km. Due to the Euripus tidal phenomenon, currents flowing from north to south and vice versa clean its waters every six hours. More specifically, waters move southward along the Gulf of Euboea and into the Aegean Sea every six hours and flow back northward along the Gulf every six hours (See study elaborated by Prof. Leontaris, National Technical University of Athens).

In recent years, Lefkadi has witnessed considerable development both at the residential and population level and ranks high among favorite summer destinations.

Eastward, on the hill of Xeropolis archaeological excavations brought to light a settlement of major importance. It dates to the Neolithic up to the Geometric period and has been characterized by archaeologists as a unique site, since it is a rare example of a prosperous settlement in late Mycenaean times (the “Dark Age” in the history of Ancient Greece).

The earliest inhabitants in Lefkadi date from the Early Bronze Age; in that period, an important settlement developed on the hill which enjoyed a high reputation for its commercial transactions with other areas in the Aegean Sea, mostly in the latter’s northeastern region. The settlement sustained its existence uninterruptedly into the Middle and Late Bronze Age, as finds in cemeteries and funeral gifts bear witness to. A small gap in the area’s human occupation history is noted in the Early Iron Age.

Legend holds that the god Apollo visited the area of Lefkadi before ending up choosing Delphi as his cult site.

Human occupation has been continuous on the settlement that was discovered on the coastal hill of Xeropolis, and dates from the Late Neolithic Period up to the 7th century BC. Cemeteries dating to the 11th and 10th century were unearthed in the neighboring hills of Skoumbri and Toumba.

Archaeological digs in Xeropolis brought to light artifacts attesting to commercial transactions between its inhabitants and the city of Troy in Asia Minor, as well as the islands of the East Aegean. Finds from the area are displayed in the Archaeological Museum of Eretria.

Excavations extended further, on the hill of Toumba, about 500m west of Xeropolis. The most important discovery is a large, rectangular, apsidal building, about 48m long and 10m wide. It dates to the mid-10th century BC and is an early form of an ancient Greek temple.

Under the floor of this building –which was probably a royal residence– a double royal burial was discovered. One version holds that the area owes its name, i.e. “Vasiliko” (royal in Greek), to the existence of this royal tomb. One chamber contained the remains of a warrior and a woman.

The second one contained the burial of 4 small horses which had been dropped from a high point, intended to draw the funerary chariot. The man, whose weapons had been placed in the grave, was cremated and his remains, wrapped in a fine cloth, were placed in a bronze urn. This cloth was a male burial garment since it was long and had no sleeves. According to the osteological examination, the woman was about 30 years old.

On the hill of Toumba an important prehistoric settlement was discovered, yielding evidence of extensive human occupation from the second Proto-Helladic to the Geometric Period. Over time, this settlement became the centre of the area.

In the northern part of the Toumba cemetery, archaeologists discovered a long, narrow, apsidal edifice 47 x 10m with a peristyle of wooden columns, dating to the first half of the 10th century BC. The building contained a richly adorned male, female, and horse burial, which led archaeologists to the conclusion that the building was once the dwelling of a warrior and after his death, it was converted into a hero-shrine to the deceased.

Read More About Skoumbri
Of great importance are the finds from the Skoumbri cemetery, dating to the second half of the 11th century, namely: two pairs of golden spires found in two burials and constituting one of the rarest golden artifacts of the Mycenaean Period, an 11,3 cm-high wine pitcher dating to the Syrio-Palestine era and a necklace made of 202 fagientiani beads. 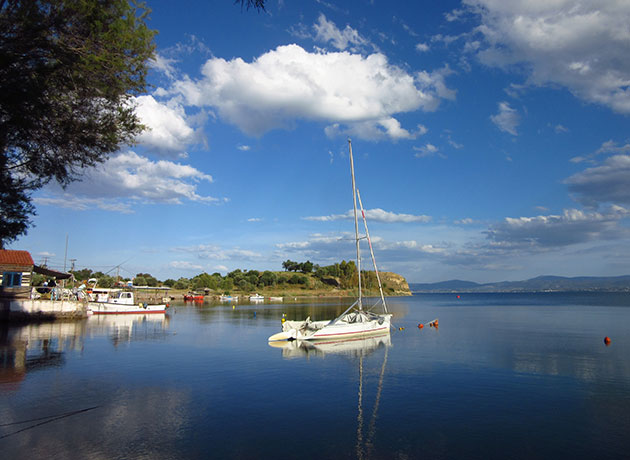 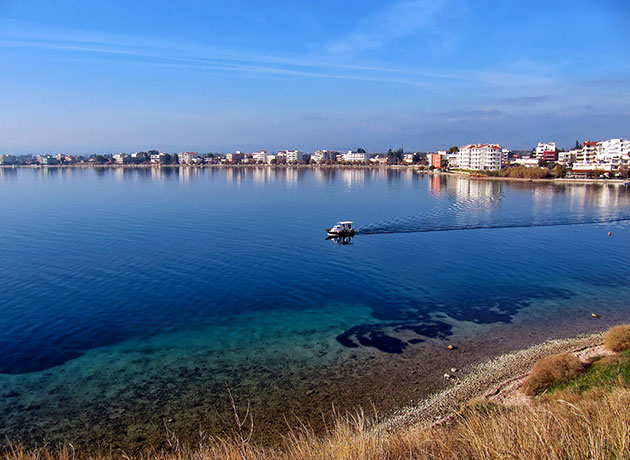 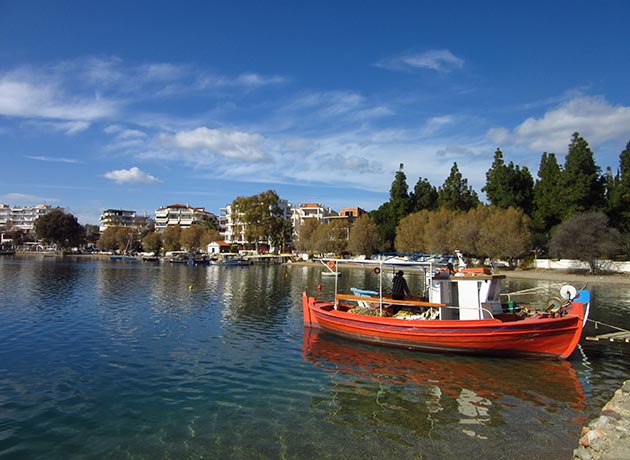 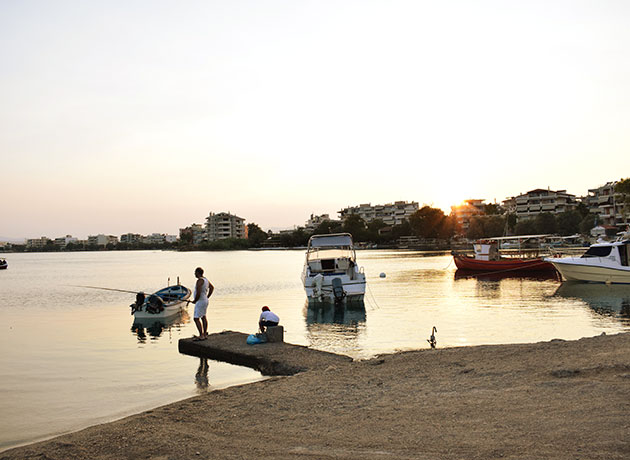 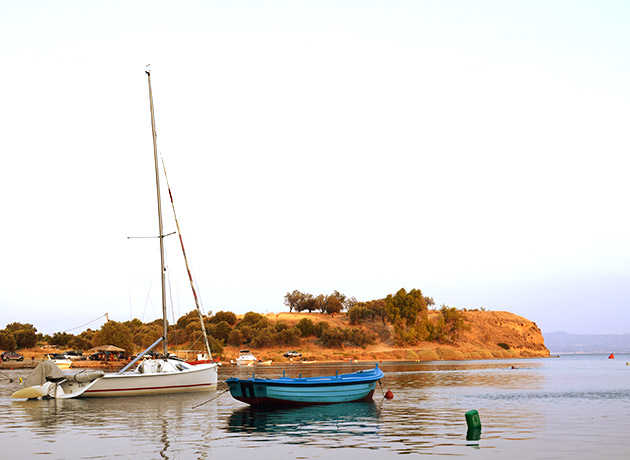 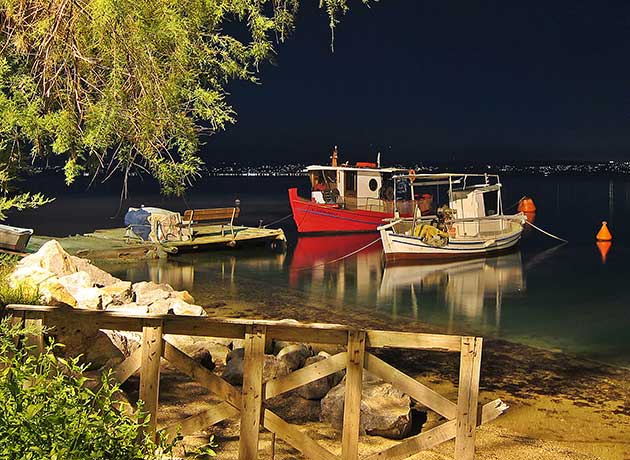 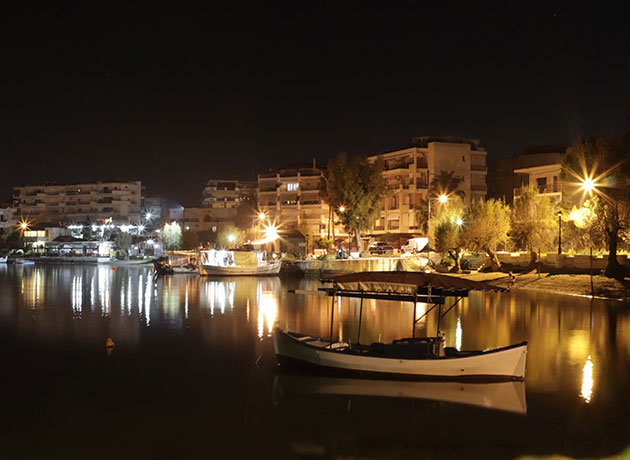 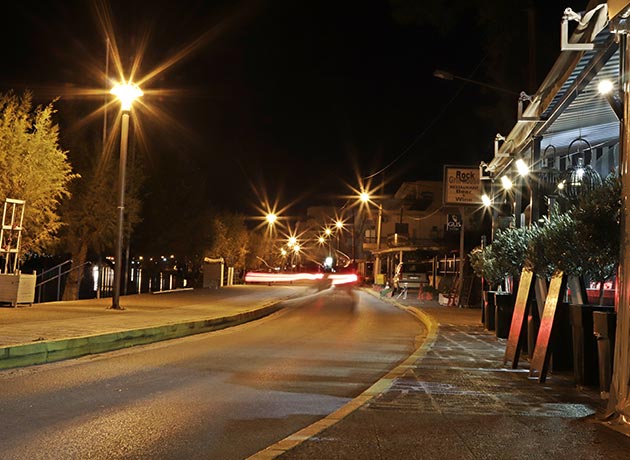 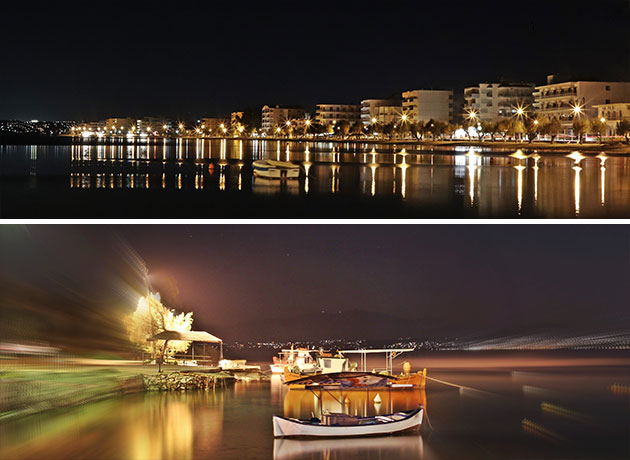